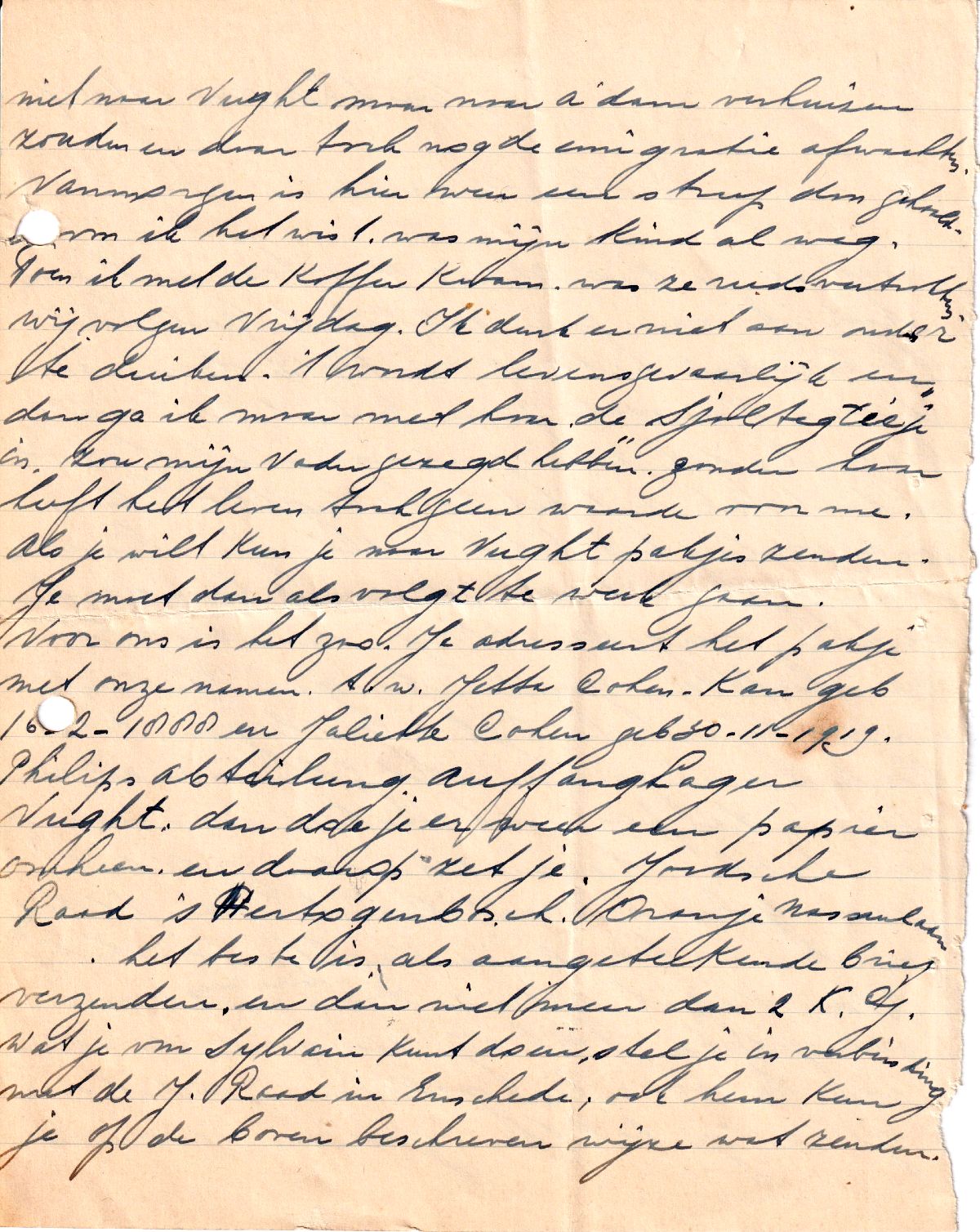 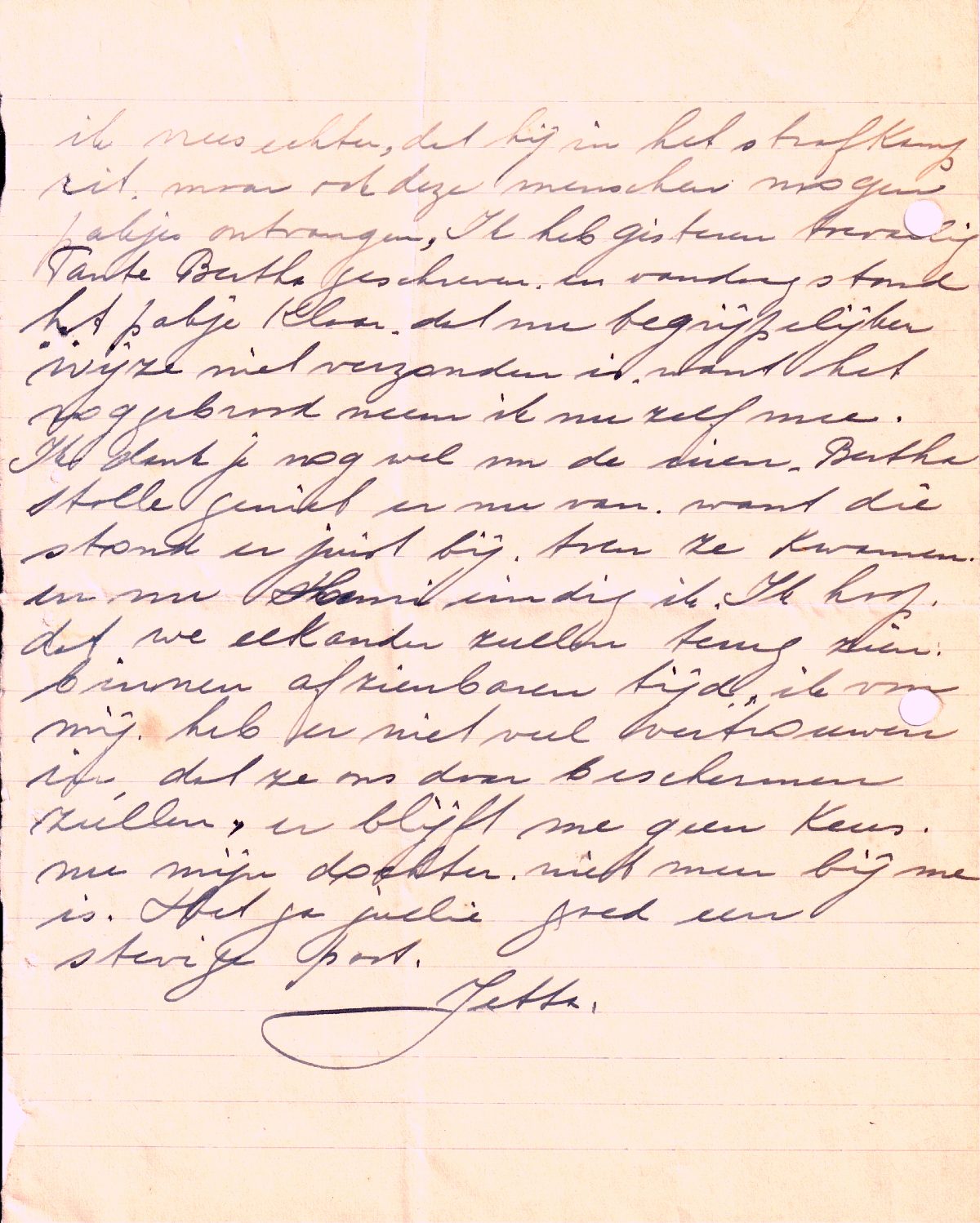 I had not thought that I would write you back so soon. Unfortunately it will take a while before I can write again, because it is tragic that you ask me today if I am in contact with Kamp Vught. Unfortunately, I am  since today, because this morning my darling with all who worked with her were transferred to Vught. We have been promised golden mountains but we have fallen into the trap. We would emigrate, this plan had been written about for a year and the waiting was only for one single order. What exactly happened 6 weeks ago I don’t know, but suddenly we already had to go to Vught and the plan was destroyed. Everyone went into hiding within 24 hours. Yet almost all of them have reappeared, because we were made great promises and we would not move to Vught, but to Amsterdam and still await emigration there. This morning another line was crossed. Before I knew it my child was already gone. When I came at coffee time she had already left. We’ll follow on Friday. I am not thinking of going into hiding. It becomes life threatening and so I go with her into the “sjoltegtieje” (hell, underworld), my father would have said. Without her, life has no value for me. If you want, you can send packages to Vught. You must then proceed as follows.  For us, it is like this. You address the package with our names, so Jetta Cohen-Kan, b. 16-2 1888 and Julietta Cohen, b. 30 – 11 1919. Philips Abteilung Auffanglager Vught. Then you put another paper around it and you put the ‘Jewish Council of Hertogenbosch Oranje Nassaulaan’ on it. It is best to send it by registered letter and then no more than 2 kg.

As regards Sylvain, direct everything to the Jewish Council in Enschede, you can also send it as described above. However, I fear that he is in the prison camp, but these people may receive packages as well. I happened to write Aunt Bertha yesterday and today the package was ready, but as it was  understandably not sent, I now take the rye bread with me myself. I still thank you for the onions; Bertha Stolle now enjoys them, because she happened to be there when they arrived. And now Henri, I stop. I hope we will see each other again in the near future; however I don’t have much faith that they will protect us there. I have no choice left now that my daughter is no longer with me.