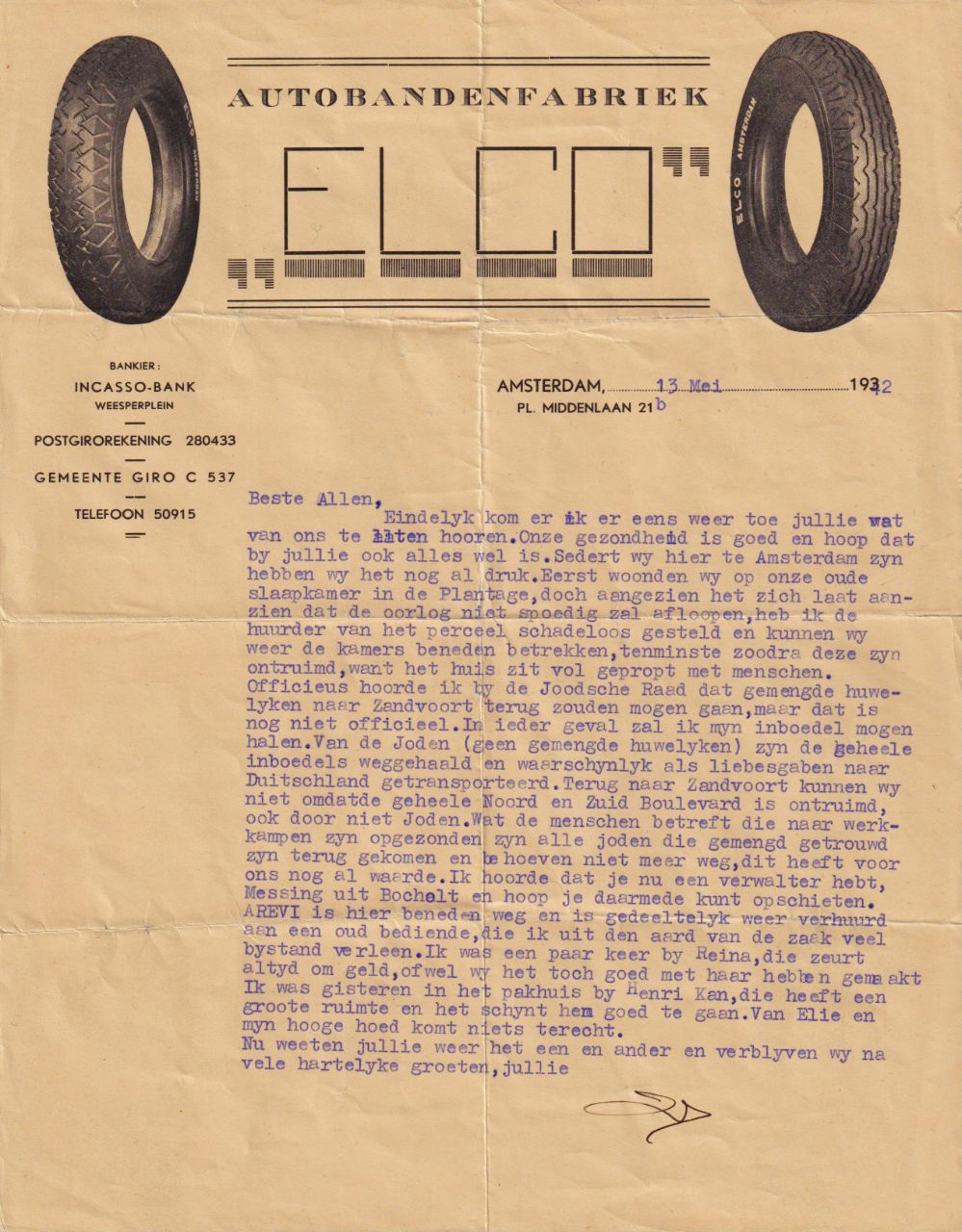 Dear everybody,
Finally I get at letting you hear from us. Our health is good and I hope that everything is good with you too. Since we have arrived  in Amsterdam, we have been quite busy. At first we lived in our old bedroom in the Plantage, but as it seems that the war will not end soon, I have compensated the tenant of the plot and we can move back into the rooms below again, at least as soon as they have been vacated, because the house is stuffed with people.

Off the record I heard at the Jewish Council that mixed marriages could go back to Zandvoort, but that is not yet official. In any case, I will be allowed to get my household effects. Of the Jews (not of the mixed marriages), all household effects were removed and probably transported to Germany as liebesgaben. We cannot go back to Zandvoort because the entire Noord and Zuid Boulevard has been evacuated, also by non-Jews. With regard to the people who were sent to labor camps, all Jews who were mixed married returned and do not need to leave, this is quite valuable to us.

I heard that you now have a Verwalter, Messing from Bocholt and I hope you can get along with him. AREVI is not there anymore, downstairs, and the place has been partly rented out again to an old employee to whom I provide a lot of assistance, of course. I was at Reina’s a couple of times, who is always nagging me  for money, despite the fact that we treated her well. I was at Henri Kan’s warehouse yesterday, he has a large space and it seems to be going well for him. Nothing comes about with Elie and my top hat. So now you know a few things and we remain,  with  many cordial greetings,