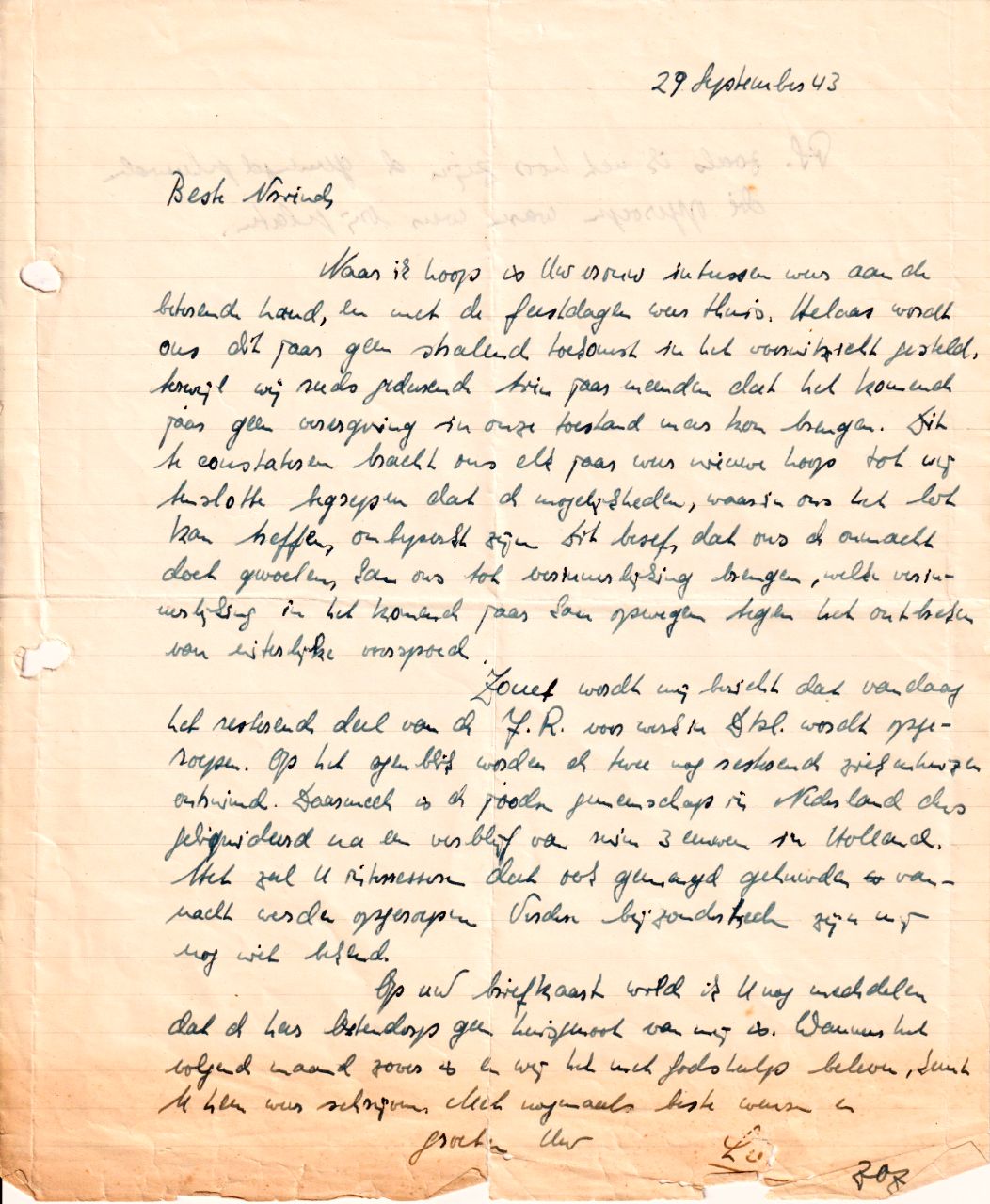 I hope your wife is recovering in the meantime, and will be back home before the  holidays . Unfortunately, we do not have the prospect of a bright future this year, while during the last ten years we thought that the coming year could no longer make our situation worse. This conclusion gave us new hope every year until we have come to understand that what is in store for us now is un…. This realization that makes us feel powerless can lead us to internalization, which internalization in the coming year can outweigh the lack of external prosperity. Just now I am informed that the remaining part of the J.R. (Jewish Council)  is called for work in Germany. At this moment, the two remaining hospitals are being evacuated. This means that the Jewish community in the Netherlands has been wound up after a stay of more than 3 centuries in Holland. It will interest you that mixed marriages will also be summoned tonight. Further details are not yet known to me. On your postcard I wanted to inform you that Kas (?) Ostendorp is not a roommate of mine. When the next month is there and we’re still alive with God’s help,…. I’ll write to him again. Once again with the best wishes and greetings,

PS. As I just heard, the mixed couples who had been summoned were released again.